Abe on Sunday called on South Korea to show sincerity saying Japan has already paid 1 billion yen (US$8.52 million) in line with a 2015 deal aimed at settling the long-standing dispute.

"The priority in the agreement is not Japan's payment of 1 billion yen, but its sincere apology and repentance," Rep. Choung Byoung-gug, chief of the preparatory committee of the tentatively-named Righteous Party. The minor party will be launched in late January by defectors from the ruling Saenuri Party.

"We are disappointed with Prime Minister Abe's narrow-minded behavior," he added.

Japan recalled its top envoys to South Korea and suspended bilateral currency swap negotiations last week in protest of a civic group's erection of a statue symbolizing the "comfort women" in front of its Consulate General office in the southern port city of Busan.

"The installation of the statute in Busan was not done by the government. If Abe is to take issue with it, he should first address the acts by right-wing groups in Japan," Choung said. 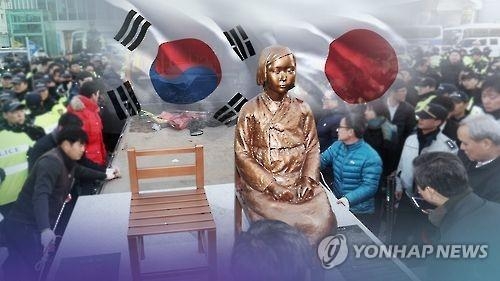