The survey was conducted on 2,525 adults between Monday and Friday with a margin of error of plus or minus 2 percentage points.

By party, the Democratic Party stood as the most-favored party with 38.9 percent, outpacing the ruling Saenuri Party which got 15.5 percent.

The People's Party and the Justice Party posted 11.7 percent and 5.6 percent, respectively. The tentatively-named Righteous Party, a splinter group from the Saenuri Party, was not included in the poll. 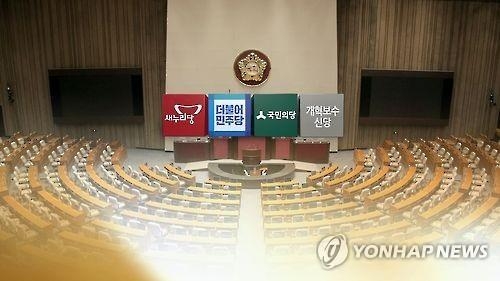