SEJONG, Jan. 9 (Yonhap) -- Construction planners and supervisors will be held responsible with the builders for any faulty work as the government strengthens criminal liability for not abiding by the full required construction procedures, the land ministry said Monday.

Law revisions proposed by the Ministry of Land, Infrastructure and Transport allow up to three years of imprisonment or a maximum 30 million won (US$25,000) in fines for construction service contractors who cause losses or damages by not entirely carrying out their responsibilities in large building projects.

The contractors, mostly planners and supervisors, were usually punished with business suspensions or penalty points without being criminally charged.

The proposed revisions were initiated after an explosion at a subway construction site in Namyangju, north of Seoul, in June last year killed four people and injured 10 others. An investigation revealed that an unlicensed contractor was hired for the construction work, while safety regulations and a host of other on-site rules were ignored. Supervisors were also absent at the sites and had faked work documents.

After the law revision, contractors will be held responsible from the time the construction begins instead of after the work is finished. Faking work documents will be punishable by up to two years of business suspension instead of the current six months, including for on-site employees instead of just the company.

Inspections of construction material and quality assessments of completed work will also be reinforced with more detailed requirements, the ministry said. 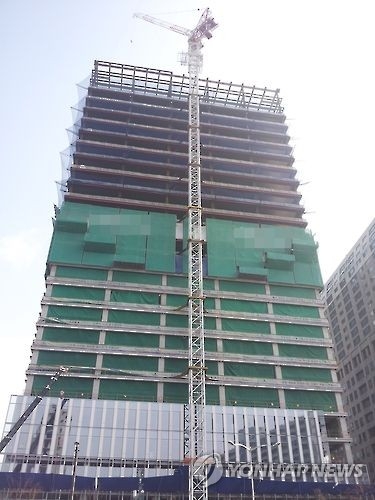