SEOUL, Jan. 9 (Yonhap) -- The South Korean food safety watchdog said Monday that it will hold off inspection of imported food and drugs that are deemed to pose harm to human health starting in November.

In a policy plan briefing of Prime Minister and Acting President Hwang Kyo-ahn on its policy direction for 2017, the Ministry of Food and Drug Safety (MFDS) announced a set of measures to intensify the inspection and monitoring of imported food and drugs.

Under the plan, imported products such as medicine and medical supplies for animals, impotency drugs, and obesity drugs that are deemed to pose health risks will be temporarily excluded from customs inspections without any further testing.

The authorities will review lifting the exclusion only when the country of origin submits relevant documents to ensure safety, the MFDS said.

Starting in June, manufacturers, hospitals and pharmacies all have to report details about the distribution process of medical drugs such as the psychotropic drug propofol, officials said.

Propofol, a powerful anesthetic commonly used during routine surgeries, has been at the center of controversy after high-profile figures and social celebrities were accused of abusing it. Experts say propofol abuse is growing because, unlike other hospital sedatives, it is quick-acting and rapidly leaves the system. It is also known as a "milk injection" because the color of the drug resembles milk.

Also, the ministry will expand the adoption of the so-called "one-strike system" to forcibly revoke the business permits of food manufacturers that intentionally and habitually distribute substandard food. 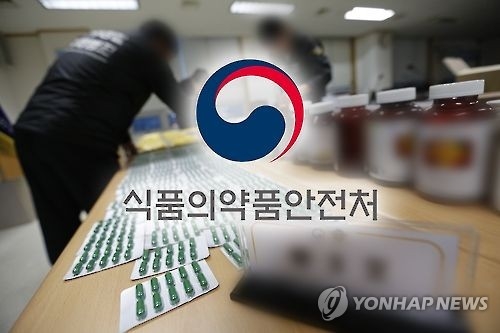