SEOUL, Jan. 9 (Yonhap) -- The body of a worker trapped under rubble after a building undergoing demolition work collapsed was found Monday, raising the death toll to two, rescuers said.

The motel in central Seoul collapsed Saturday, while workers were dismantling it. Two workers sustained minor injuries and were rushed to a nearby hospital, and two others were buried.

The demolition work, which began in October, was to be completed next month, with a plan to build a new tourist hotel on the site. 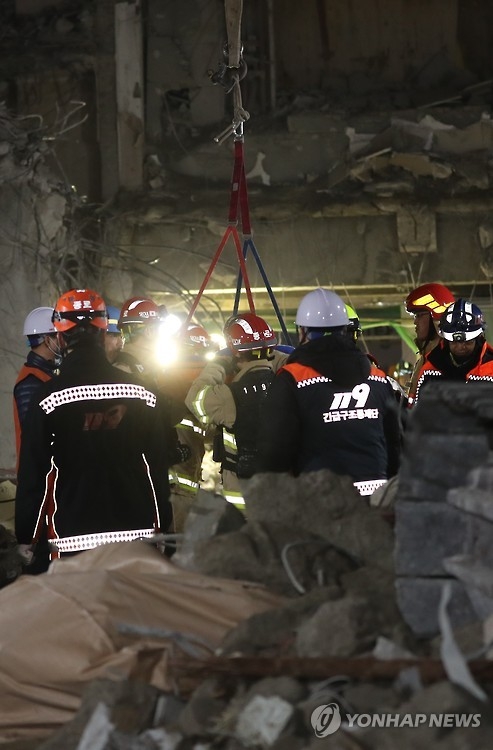 2 dead after motel under construction collapses in Seoul

2 dead after motel under construction collapses in Seoul