The volume of money sitting idle around the local equity market exceeded 107 trillion won (US$88.8 billion) as of the end of 2016 according to the Bank of Korea and the Korea Financial Investment Association.

It marks a two-fold increase from 53 trillion won posted shortly after the outbreak of the 2007 global financial crisis.

On the other hand, the stock trading volume in the main KOSPI and the secondary KOSDAQ markets came to 2,054 trillion won last year, down 10.3 percent from a year earlier.

It means investors are losing their appetite for stock trading, despite ultra-low interest rates for bank deposits, due to financial and political uncertainties.

Rates for fixed deposits at most of the banks here have stayed at the 1-percent range since the Bank of Korea cut the policy rate to a record low of 1.25 percent in June last year.

The real estate market is also showing indications of a downturn, adding to the difficulty of finding where to invest money. 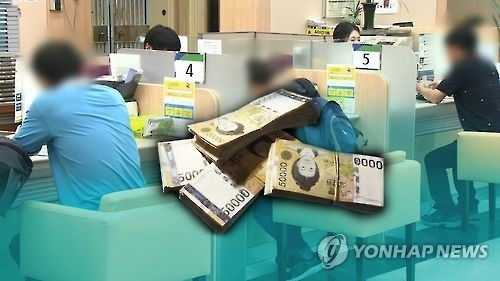