Jeonnam, which finished fifth among 12 teams in the top-flight K League Classic in 2016, said they have acquired the 30-year-old attacker from Hungarian league leaders Videoton for the 2017 season. Jeonnam, however, didn't disclose further details of Feczesin's contract.

Feczesin is currently tied with two others for the scoring lead in Hungary with eight goals.

The 186-centimeter forward made his pro debut with Hungarian side Upjest in 2003. He also played with Italian clubs Brescia, Ascoli and Padova before signing with Videoton in 2014.

Feczesin has 11 caps for Hungary with four goals, but hasn't represented his country since 2011. 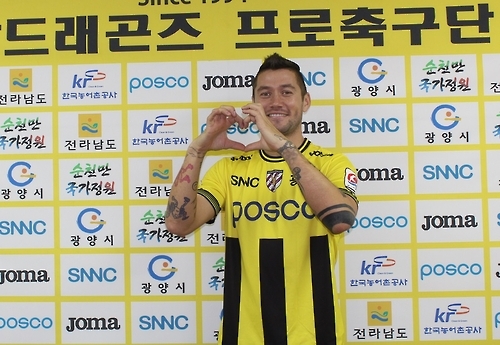