SEJONG, Jan. 9 (Yonhap) -- South Korea has established quarantine and hygiene procedures, allowing for fresh eggs to be imported from the United States in order to stabilize soaring egg prices stemming from the worst outbreak of avian influenza, the government here said Monday.

"The government announced the removal of import tariffs on eggs in early January, but it took time to import foreign eggs due to the quarantine and hygiene processes," Deputy Finance Minister Lee Chan-woo said at a briefing with reporters in Sejong, the administrative city some 130 kilometers south of Seoul.

"We just finished the procedures yesterday. Now, foreign eggs can come into the country," he said.

Earlier in the day, the government said 1.64 million fresh eggs will be imported later this week and hit shelves before the Lunar New Year's holiday, which begins Jan. 27.

It is the first time in history that the country imported eggs from a foreign country.

The finance ministry official said the government will remove its ban on farms located within 3 km from avian flu outbreak spots that has prevented them from shipping eggs as a way to increase the supply before the holiday season.

The measures came as the rapidly spreading avian flu, which has killed more than 30 million chickens and ducks since its first outbreak in November, and the massive culling of chickens have pushed up local prices of eggs and other products, such as bread, snacks and instant noodles.

The government removed tariffs on imported fresh eggs and egg products during the first six months of the year, and is supporting 50 percent of the shipping costs for egg imports until Feb. 28 as a way to stabilize the soaring egg prices here.

The country's daily egg output had been 42 million eggs on average, but it decreased to below the 30 million level since the bird flu outbreak.

As part of the price-stabilizing efforts, the government will not raise other public utility bills during the winter despite rising oil prices. 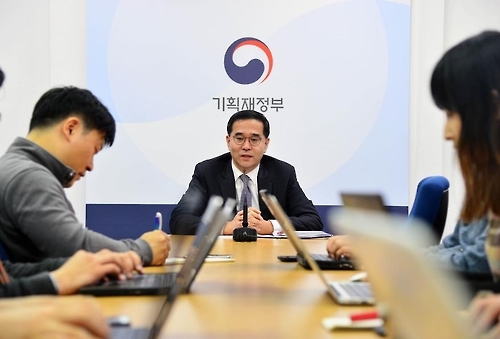