The KT Wiz in the Korea Baseball Organization (KBO) said they only need to finish up some administrative formalities to complete their hiring of the former All-Star second baseman. A KT official said Ko will likely work as a coach with the team's minor league affiliate.

Ko, 32, spent his entire 14-year career with the Doosan Bears, and enjoyed his best seasons in the mid- to late-2000s.

He was a member of the South Korean Olympic championship team at the 2008 Beijing Games. As the starting second baseman, Ko turned the gold medal-clinching, 6-4-3 double play in the bottom of the ninth against Cuba, with his throw to first base capping off South Korea's undefeated run to the title.

A career .252 hitter who stole 30 or more bases in a season twice, Ko was best known for his defense and for often positioning himself in shallow right field to rob hitters of would-be base hits.

Ko was an everyday player up until 2008, but gradually lost playing time on the deep Bears team. Ko was limited to eight games in 2016 and was released after the season. 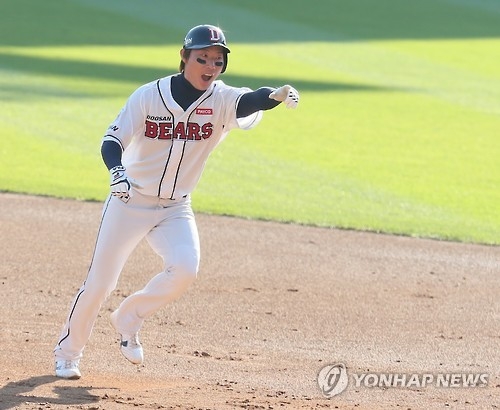