SEOUL, Jan. 9 (Yonhap) – The South Korean Navy on Monday will name the top U.S. envoy an honorary member for his contributions to promoting bilateral naval ties between the two countries.

The Navy said it plans to appoint U.S. Ambassador to South Korea Mark Lippert as its 19th honorary member in a ceremonial event scheduled for later in the day in the southern port city of Busan.

The U.S. ambassador, who took the post in October 2014, has been active in encouraging U.S. and South Korean seamen through regular visits to joint drills and given South Korean naval cadets lectures on ways to enhance bilateral naval ties, the Navy said in a statement. 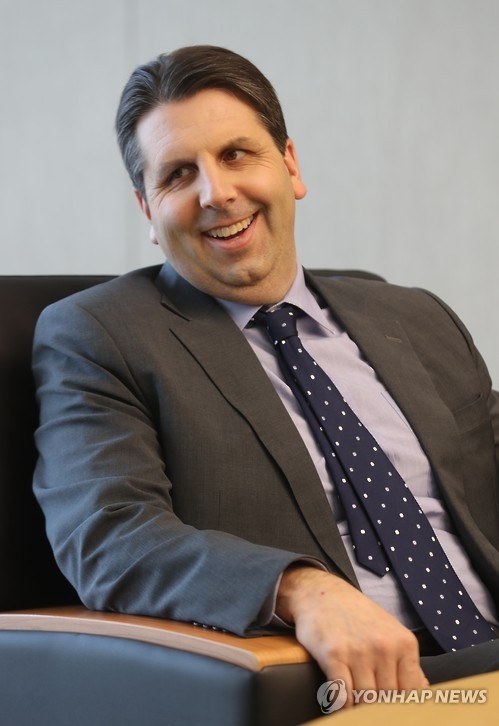 In 1991, the Navy named Kang Dong-seok, the first South Korean who succeeded in crossing the Pacific by boat, as its first honorary seaman.

Others include late novelist Choi In-ho who wrote "Emperor of The Sea (Haeshin)," which was dramatized and aired by KBS in 2004, and Cho Yong-geun, who leads the Cheonanham Foundation meant to remember 46 sailors killed in a North Korean torpedo attack in 2010 and help their families, the statement said.

After receiving the honorary certificate, Lippert plans to deliver a speech on the Navy's role in conflict and the Seoul-Washington alliance to about 150 South Korean and U.S. seamen based in Busan.