SEOUL, Jan. 9 (Yonhap) --- Actor Ji Chang-wook said Monday after filming the upcoming crime-action thriller "Fabricated City" and the 2016 TV series "The K2," he is unlikely to choose another action role that demands such a grueling training schedule.

"I made many efforts to make myself look cool when I opened fire in 'Fabricated City'," Ji, 29, said at a news conference for the new film directed by Park Kwang-hyun, best known for "Welcome to Dongmakgol" (2005). "So I became a constant visitor to the action school where I trained for almost two months." 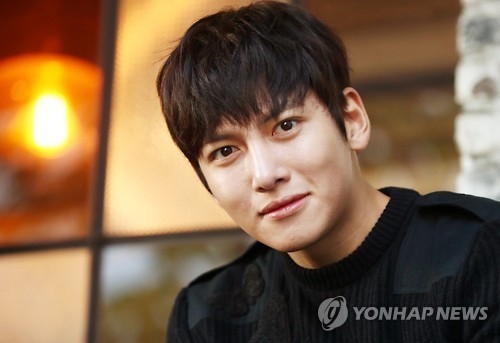 Since the shooting of "The K2" was so close to "Fabricated City," Ji said the experience helped him a lot in playing a bodyguard in the romance-action drama.

His character in the 2016 tvN drama was a former mercenary who is hired by a presidential candidate's wife to keep her husband's illegitimate daughter away from the public eye.

In the new film Ji plays Gwon-yu, a jobless young gamer who is jailed after being framed for murder but struggles to unearth the truth with help from other members of his online gaming team. This marks his silver screen debut.

Ji, who has already played many action-packed characters in such dramas as "Healer" (2014) and "Warrior Baek Dong-soo" (2011), is fast gaining attention as a rising action star in South Korea.

But Ji said becoming an action star was unintentional. It was only when a fan approached him in the street and asked why he only did action roles that he even realized that had become his image.

"I thought I did my best in many different genres, but the impact of my action characters appeared to be too strong. So, I thought it wouldn't be a bad choice to intentionally avoid the action genre in the future." 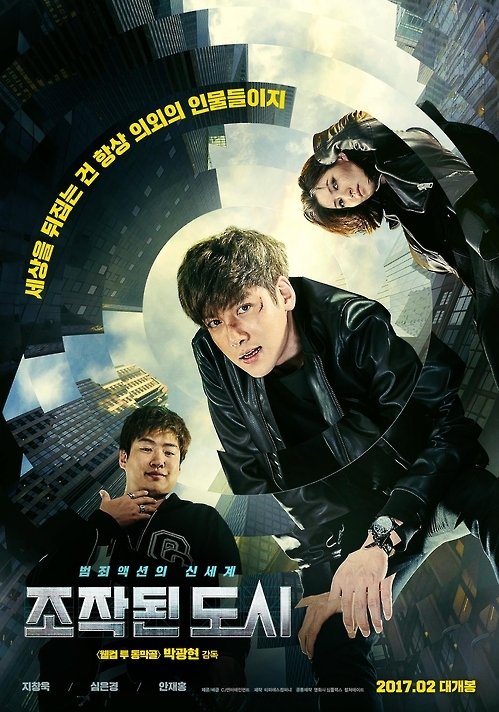 It took 12 years for director Park to release his new work after the huge commercial success of "Welcome to Dongmakgol," a comedy-drama about Korean War enemies who combine forces to defend a peaceful mountain village from a bombing.

The film captivated viewers and critics alike for its comical drama full of creative imagination and humanity. How would Park's crime-action thriller be different from other movies in the genre?

"Mine is a bit more hilarious and bright film, unlike typical crime movies that are dark and cruel. I wanted to make a fresh one in the crime-action genre," the director said.

In addition, he said the film bears a close resemblance to Korea in the 21st Century era where Google's AlphaGo AI program can play Go with a human champion and there are many hackers in cyberspace.

"I hope many young moviegoers would empathize with the movie," he said.

"Fabricated City," presented and distributed by CJ Entertainment, is set to open in local theaters next month.