It has been known that the incumbent leader was tapped to become the next leader around 2009 when Kim Jong-il was said to deliver his decision to the ruling party. The country's current leader inherited power in late 2011 following the sudden death of his father.

But the late leader is seen as having kicked off a behind-the-scenes process to confirm Jong-un as his heir even before he officially made his decision known to the Workers' Party of Korea.

The former leader ordered a meeting between the military's division commanders and his son in late 2008 where they were required to pledge their allegiance to Kim Jong-un, according to a paper carried by the school newspaper of North Korea's top Kim Il Sung University.

Some experts had raised the possibility that military officials held a meeting to support Kim Jong-un, but it is the first time that the move was confirmed by a document published in the North.

Kim Jong-il was believed to have suffered a stroke in the summer of 2008 that may have caused him to make his son Jong-un his successor. The transfer of power marks the second time that the North carried out a father-to-son power succession.

The late leader took over the regime in 1994 when North Korean founder and his own father Kim Il-sung died.

In September 2010, he named Kim Jong-un as a four-star general in the military, making his hereditary succession plan official for the first time.

The paper also cited specific instructions in 2009 handed by the current leader's father which vindicated his choice for successor, stressing that his son is fully qualified to become the country's next leader.

"The meeting between division commanders and Kim Jong-un seemingly aimed to secure loyalty from the military," said Cheong Seong-chang, a senior researcher at the Sejong Institute.

Analysts said that North Korea is likely to make 2017 a high mark of extolling the virtues and capabilities of the incumbent leader. 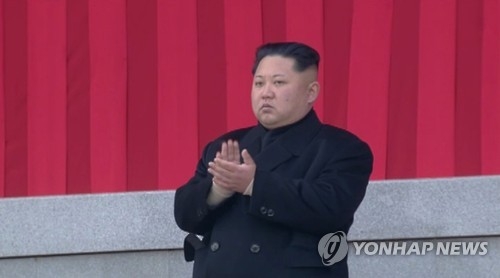