SEOUL, Jan. 9 (Yonhap) -- Choi Soon-sil, the woman at the center of South Korea's political scandal, has refused to attend President Park Geun-hye's impeachment trial over concerns it could affect her own trial, a court official said Monday.

Choi, a longtime confidante of Park, was summoned to testify at the Constitutional Court Tuesday regarding the corruption charges that led to the president's impeachment on Dec. 9.

She declined the summons, however, citing a law under which witnesses can refuse to give testimony on concerns it could hurt them or their family members.

"Choi faxed her reason for her absence to the Constitutional Court this morning," the official told reporters on the condition of anonymity.

Choi has been indicted on charges of abuse of power, coercion and attempted fraud, following allegations she abused her ties to the president to meddle in state affairs, extort money from conglomerates and secure college admission for her daughter.

On Monday, the independence counsel team investing the scandal filed additional charges of bribery and obstruction of business against her.

Her 21-year-old daughter Chung Yoo-ra was arrested in Denmark on Jan. 1 on suspicion of illegal stay and has since been held at a detention center there with no apparent plans to return home.

In explaining her absence, Choi also said she has to prepare for her own trial hearing scheduled for Wednesday morning, the official said.

The Constitutional Court will decide on its next step regarding Choi during Tuesday's hearing, including whether to bring her in by force.

It has until early June to decide whether to unseat or reinstate Park. Her presidential powers have been suspended pending a court decision. 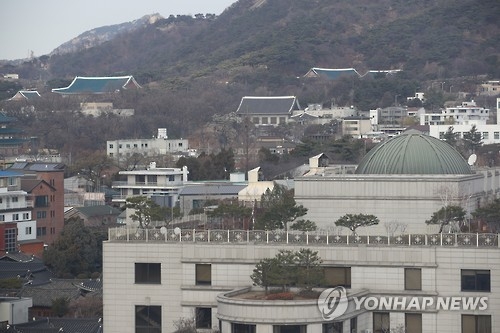