Starting off with "Love Story" by Lyn, "The Legend of the Blue Sea" has been releasing a streak of tracks for its original score including Yoon Mi-rae's "A World That Is You" and "Somewhere Someday" by Sung Si-kyung.

Park, an 18-year-old gifted songstress that made herself a name as she climbed up to the top six in the fourth season of the Korean TV music talent show "KPop Star," has emerged with the 9th coveted roll-out for the sound track.

A relay of attention-capturing numbers has revved up hype for the show as well as the star cast of hallyu favorites Jun Ji-hyun and Lee Min-ho.

Widely praised for a voice that evokes raw sentiment, Park is said to perfectly suit the opus to accentuate the romantic tension between Jun and Lee's characters.

"Day By Day" is a clear showcase of Park's rhythmic vocals in tandem with R&B elements of a modest tempo, delivering heart-palpitating lyrics saying, "Day by day I feel you more bit by bit, though I'm unfamiliar with these feelings."

Meanwhile, Park released last year "Summer Night's Picnic," a collaboration with Yoo Seung-woo, receiving positive reviews from viewers, and then went off without a hitch to be credited on "Jelly Box Jelly Christmas 2016," a seasonal project featuring multiple artists under Jellyfish Entertainment.

To hundreds of thousands of those who are pulling out all the stops, weathering the rocky road to becoming a K-pop star, Park might look like a girl on a good luck streak. But it's been her knack for striking a chord with listeners with her heartfelt story-telling belying her years which has placed her on the verge of making it big today.

If you're looking for a number to open the new year that makes your heart throb, "Day By Day" might fill that space if the drama hits the mark. 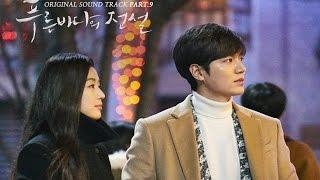