"North Korea's nuclear and missile programs are advancing quickly, and Trump has pledged to stop them. His team is considering secondary sanctions that would apply to companies that aid Kim Jong-un's regime, which would create another point of tension with China," Josh Rogin, a Washington Post columnist, said in an article.

Secondary sanctions, also known as "secondary boycott," is considered one of the last-remaining sanctions tools against the North, and call for penalizing companies doing business with Pyongyang. Chinese firms are expected to be subject to the measure as most of the North's dealings with the outside world are with China. 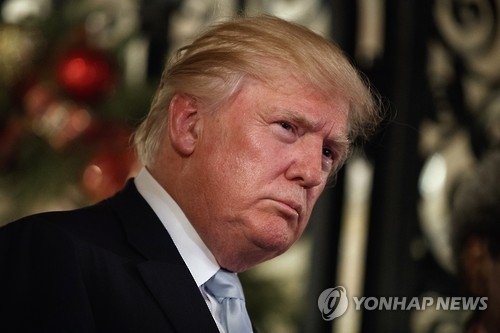 The outgoing Obama administration has been reluctant to impose secondary sanctions out of fear of souring relations with Beijing. But Trump is widely expected to pursue those measures as he has been strongly critical of Beijing for not helping resolve the North Korea problem.

Trump has even raised questions why the U.S. should stick to the "one-China" policy of diplomatically recognizing only Beijing, not Taiwan, when China is uncooperative over the North.

According to the Washington Post article, Secretary of State-designate Rex Tillerson has been raising his concerns about China in meetings with senators in recent days. Participants said afterwards that Tillerson is particularly clear about what he sees as the need to counter Chinese militarization and expansion in the South China Sea.

Stephen Bannon, Trump's chief strategist, is also keenly interested in Asia strategy, according to the story.

The Washington Post article said that Matt Pottinger, a former journalist and Marine, is under consideration for the NSC Asia director, while former State Department Deputy Assistant Secretary Randall Schriver and former White House Asia director Victor Cha are considered for the other two jobs.