Ban, who is set to return to his home country Thursday after serving as the U.N. helmsman for a decade, is to receive the Order of Mugunghwa, a national merit named after the Rose of Sharon, Korea's national flower.

The decision was approved during a Cabinet meeting headed by Acting President and Prime Minister Hwang Kyo-ahn.

A total of 12 figures will receive merits, including Ban.

The Cabinet also approved other sets of laws, including allowing the environment minister to take broader control of quarantine-related matters to better cope with the latest outbreak of avian influenza. 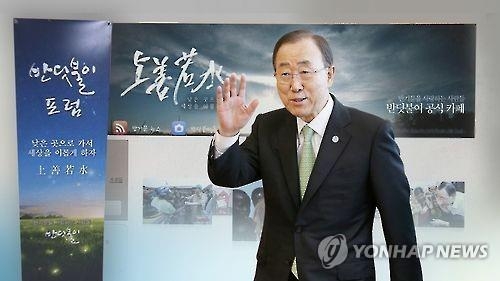