Samsung Electronics released its 2016 fourth-quarter performance estimate Friday that forecast 9.2 trillion won (US$7.64 billion) in operational profit, up 76.92 percent from the prior quarter and 49.84 percent up on-year. The estimate, if confirmed, would be an earnings surprise that exceeds the market estimate by nearly 1 trillion won.

The shares of the tech mammoth closed at 1.862 million on Tuesday, up 0.05 percent from the previous day versus 0.18 percent drop in benchmark KOSPI. On Monday, they had reached a record high of 1.875 million won during trading.

"The stock price of Samsung Electronics has never been higher than that of the company's overseas peers in the same industry. It has always been undervalued, so there is room for more climbs in the days ahead," Huh said. 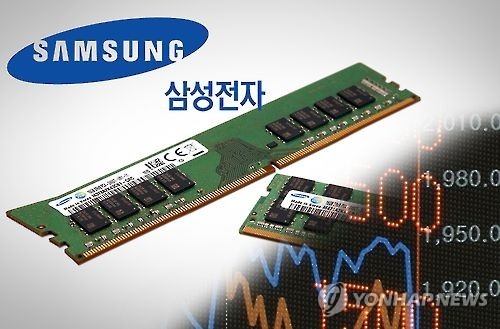 "If the fourth quarter results are positive as announced by Samsung Electronics, then its price-earnings ratio will fall to under 10," Lee said. "It is true that the current stock price is not high."

The conditional part of such projections is the company's performance. Because Samsung Electronics' share price virtually moves in full sync with the performance, bad numbers can always take the price down, market watchers agree.

Lee caught the market's attention when he sold off all of his firm's stocks in Samsung Electronics in November.

"We tend to go for clearance when the spotlight is on us," he said about the move. "We sold off the Samsung Electronics stocks at about 1.6 million won per share in November, which we bought at 1.2 million won in early 2015," said Lee. "I cannot say whether we still have the firm's stocks. We will be able to bring them back in when no one is expecting, when corporate performance goes awry again."

One of the cited factors for the positive outlook on the tech firm is the upside view of the chip market.

Song Seong-yeob, CEO of Brain Asset Management, said the global supply of DRAM is short of demand, an important driver of Samsung Electronics' stocks. He also saw the stock price dive in Apple Inc.'s choice of OLED for its smartphones.

Lee of Korea Investment Value Asset Management, however, said the market promises from chips and display businesses have already been counted for Samsung.

"The future earnings in the IT-mobile sector will determine the company's stock price direction," he said.
(END)