Rep. Song Young-gil said the revision is needed to improve the transparency of the national elections.

South Korea currently sets up 13,000 polling places throughout the country, with the ballots being collected and sent to 252 counting centers, where votes are counted automatically.

Song said the votes should be counted at the polling places immediately instead of being sent to counting centers, as there could be possible tampering during delivery procedures.

Concerning Lee's latest remark, however, the National Election Commission stressed that the 2012 presidential race was carried out in a transparent manner and followed the law. It ruled out any possibility of unlawful intervention. 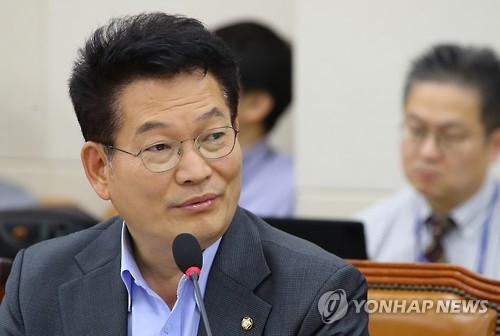