SEOUL, Jan. 10 (Yonhap) -- South Korea's foreign ministry said Tuesday that it has nullified the passport of the daughter of Choi Soon-sil, the woman at the center of a massive scandal, paving the way for her deportation from Denmark.

Chung Yoo-ra was arrested in the northern Danish city of Aalborg earlier this year on illegal stay. She is suspected of receiving favors from a college in Seoul in the admissions process and on tests by taking advantage of her mother's ties to the president.

The foreign ministry recently requested the 21-year-old to turn her passport in but she didn't comply by the given deadline. The ministry said her passport has automatically been nullified beginning Tuesday. 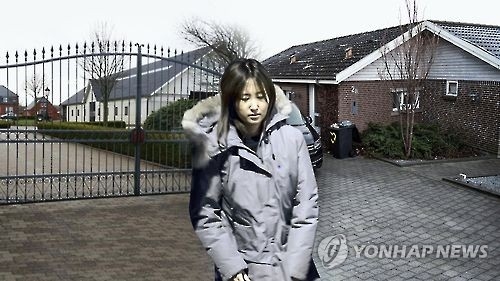 Chung has been in custody of Danish authorities and showed no signs of voluntarily coming back home to face a probe.

Experts say that with the passport nullification, pressure will likely grow for Chung to return home. The ministry said that it plans to notify local authorities and Interpol of its latest decision in order to make Chung's passport invalid immediately.

Chung's mother Choi is suspected of meddling in state affairs and influence peddling. The president is also accused of conspiring with Choi.

Suspicions surrounding President Park and Choi led to massive candlelight vigils across the country over the past few months and eventually prompted the National Assembly to impeach the president on Dec. 9.