Cafe24, a provider of web hosting and e-commerce solutions, said its research of Baidu index, provided by China's biggest portal of same name, indicated that content searches for Korean cultural products did not show a significant drop between August and the end of last year.

South Korea-China relations have been strained by Seoul's decision to host a U.S. missile defense shield system, THAAD, a move Beijing says is a direct security affront to China. Beijing reacted by limiting exchanges in culture, tourism and entertainment with Seoul, disallowing Korean celebrities' promotional activities in China and the viewing of Korean programs.

The monthly average index for Korean dramas was 26,207 points, much higher than 14,653 points for American competitors and 4,909 points for dramas from Japan, according to the index.

Korean dramas "Legend of the Blue Sea" and "Guardian" were the only two foreign dramas that made it into the top 10 in the index.

The index last year for Korean movies reached a monthly average of 34,727 points, compared to 2,247 points for American films and 10,428 points for Japanese movies. 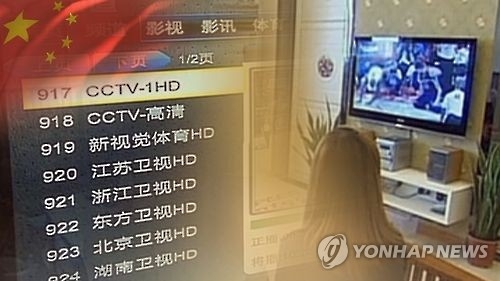 Chinese viewers keep up with Korean culture despite government restrictions

Chinese viewers keep up with Korean culture despite government restrictions