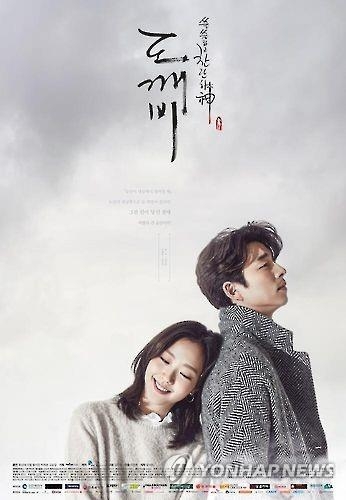 "Guardian" which airs Fridays and Saturdays on cable channel tvN, scored 287.7 points on the Content Power Index (CPI), becoming No. 1 among TV programs during the week of Dec. 26-Jan. 1

CPI, developed by entertainment company CJ E&M and media tracker Nielsen Korea, measures the popularity of TV shows based on the number of views of related news stories, online search tallies and buzz on social media.

Starring Gong Yoo and Kim Go-eun in the lead roles, "Guardian" has kept viewers spellbound with its state-of-the-art computer graphics and cinematography, not to mention its captivating script penned by screenwriter Kim Eun-sook.

In the fantasy-romance, Gong stars as 939-year-old goblin under the curse of eternal life, while Kim plays a high school senior clinging to him for recognition. 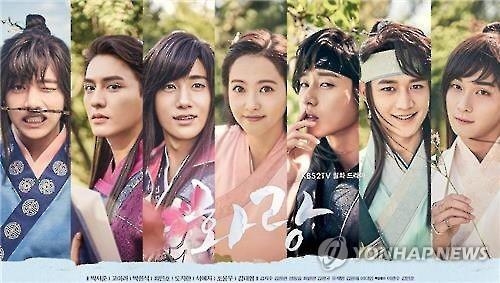 KBS 2TV's "Hwarang", an idol-studded period drama based on the Hwarang youth organization during the Silla Kingdom (57 B.C.-A.D. 935), ranked second with 250.3 points, falling from its No. 1 spot the previous week.

SBS TV's "Legend of the Blue Sea" and "Dr. Romantic," both halfway through their runs, came in at third and fourth, respectively.

Highlight scenes from "Guardian: The Lonely and Great God" (Yonhap)

'Guardian' reclaims No. 1 spot over 'Hwarang' on TV chart

'Guardian' reclaims No. 1 spot over 'Hwarang' on TV chart