In repeated his call for the core Park allies to leave the party on Tuesday.

"The party should take responsibility for its past and renew itself through a thorough self-examination," In said, urging them to act to help the party's reform efforts.

Concerning a proposed expulsion of Park from the party, the interim head said the issue should be considered carefully.

Later in the day Suh fired back saying In has no right to demand his resignation.

"The priest has no right to request me to hand in the badge and send a letter of apology," Suh said during a general conference of party lawmakers which In attended. He refused to use the title party head when referring to In, a Christian pastor.

"Park did not give us a penny just because we are close to her," Suh said. "We do not even know Choi-Soon sil, and it is wrong to frame all those who worked under the Park administration as criminals."

Choi, a close confidante of Park, exerted influence on state affairs without having any seat at the administration while enjoying personal benefits.

Rep. Choi Kyung-hwan, another target of In's personnel overhaul drive, also reiterated that he will stay in the party.

"I will stay in the party and protect the president, fulfilling my humane duty, even if I am left alone," Choi said. 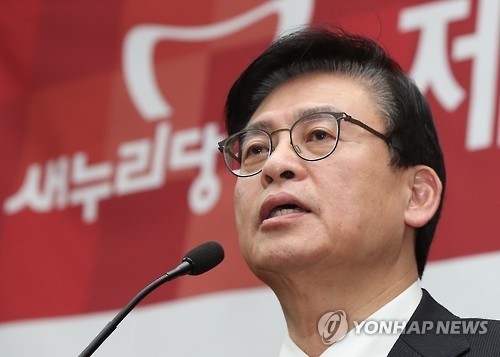