SEOUL, Jan. 10 (Yonhap) -- President Park Geun-hye's lawyers presented evidence to the Constitutional Court Tuesday to defend her actions during a 2014 ferry disaster, but the court deemed it inadequate for the impeachment trial.

Park was impeached by parliament last month over a corruption scandal and allegations that she neglected her duty during the ferry sinking that killed more than 300 people in April 2014.

In conducting its review of the impeachment, the top court asked Park's attorneys to submit a detailed report on her whereabouts and actions in the early hours of the disaster. The 15-page report was submitted hours before the court held its third hearing on Park's impeachment earlier in the day.

"(Park) received numerous phone calls from the chief of the National Security Office and gave orders," Lee Joong-hwan, a lawyer representing Park, told reporters on the margins of the hearing.

"She took appropriate steps," he said.

According to the report released by her lawyers, Park studied various government reports from her office inside her residence because she had no scheduled public activities and wasn't feeling well. She was first alerted to the sinking around 10 a.m. after receiving a report from the National Security Office and made her first phone call to its chief Kim Jang-soo at 10:15 to order all-out efforts to rescue the passengers.

The report also says she called Kim again at 10:22 to highlight her order for a thorough search and rescue. The list includes the time and duration of having her hair done by a hairdresser who was called to her residence, the time she left for the headquarters of the government disaster control agency, and the time she decided to visit the harbor near the site of the sinking, which occurred off the country's southwestern coast. 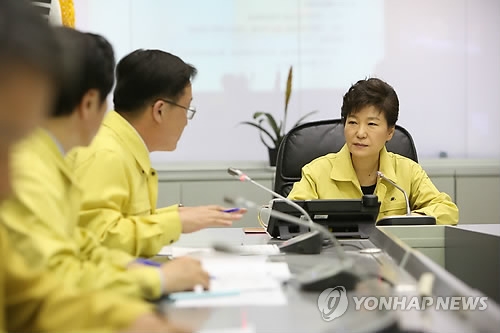 "As she frequently received reports and gave orders for the rescue of (the passengers), the entire country was in chaos due to the inaccurate reports of relevant agencies and incorrect reports by the press," the lawyers said in the report.

The sinking of the ferry Sewol will remain an "unforgettable" and "heartbreaking memory" for Park, they said, adding they are aware of the views of the bereaved families and the general public.

"However, as (Park's) representatives, even if there were inadequacies in her response, we think there is much room for debate on whether this constitutes a reason for impeachment in both factual and legal terms," they said.

During the hearing, justice Lee Jin-sung said the report fell short of the court's expectations.

"What the Constitutional Court asked for was an explanation of the president's whereabouts based on her own memory," he said. "The report mainly lists what the president claims were reports she received and orders given on the day of the tragedy."

He also pointed out that there is no mention of whether Park learned of the sinking through TV reports, which began shortly after 9 a.m. 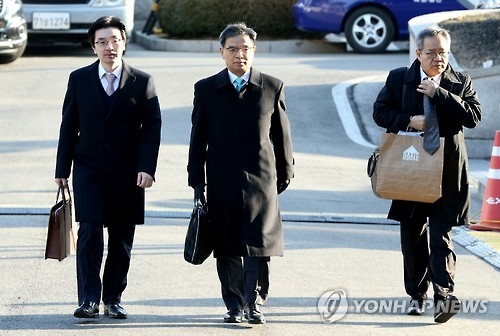 The justice ordered the lawyers to submit a log of Park's phone conversations with her national security adviser. Lee Joong-hwan said his team would revise the report with additions.

Meanwhile, all three witnesses who were summoned to testify refused to appear, citing the hearing's possible impact on their own trials.

The court postponed their hearings to next week.

On Monday, South Koreans marked 1,000 days since the tragedy with various rituals and cultural performances to express their grief. Of the 304 victims, the majority were high school students on a field trip to the southern island of Jeju. Nine people still remain unaccounted for. 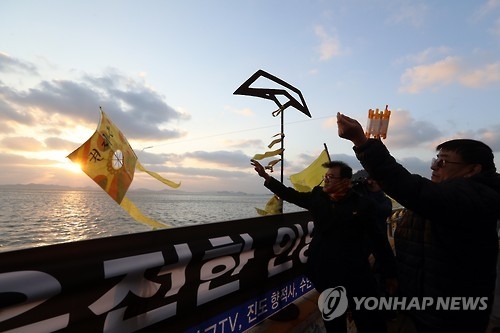