Lee faced the "old" AlphaGo in a five-round Go tournament named the Google DeepMind Challenge Match in March 2016. The 33-year-old lost the tournament with a final score of 4-1 but earned hero status with a single victory against the self-learning machine.

Lee, however, said he would not win a single game against an updated version of AlphaGo which has been dominating top online Go players recently.

"AlphaGo has gotten much stronger than before," Lee said during an interview with Yonhap News Agency by phone. "If I play against this AlphaGo in the same conditions as last year, I would probably not win a single match."

Using accounts dubbed "Magister" and "Master," the new version of AlphaGo has compiled a 60-0 record against some of the top Go players on two online Go game sites from Dec. 29, 2016 to Jan. 4, 2017. Among the defeated were South Korea's No. 1-ranked Go player Park Jung-hwan and China's top ranked Go master Ke Jie.

Lee was also approached to face the updated AlphaGo online in an unofficial contest, but he declined the offer because he didn't like the format. 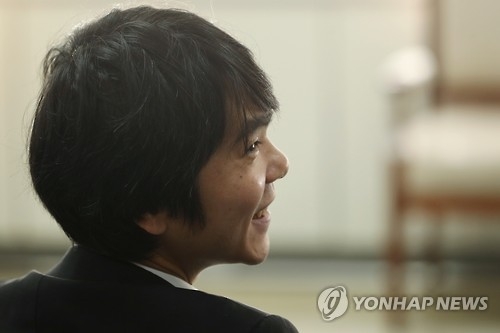 The ninth-dan player, who turned pro at the age of 12, said he sees little possibility of him taking on the human-like algorithm again even if Google sends a formal invitation for another tournament.

"It doesn't seem right for me to play against AlphaGo again," he said. "I don't think Google will do it, so I'll probably not face AlphaGo again. However, I'm curious about it."

Go, known as "baduk" in Korea, originated in China more than 2,500 years ago. It involves two players alternately putting black and white stones on a checkerboard-like grid of 19 lines by 19 lines. The object is to claim larger territories than one's opponent by surrounding vacant areas of the board using one's own stones.

Go games are played faster online than they are played offline over a real board. Each player is given a 10-minute set time with three 20-second overtime periods.

Lee said AlphaGo has an advantage in online games where the players should make their movements in a short period of time.

"AlphaGo would probably post a 600-0 record over human players if both sides play the games only with the overtime time period," he said. "If AlphaGo is given only 30-second overtime periods, and humans get two hour set times, then humans can probably collect one or two wins in five matches."

Lee claimed humans can't beat the updated AlphaGo if it is given a long time to place stones.

"I wonder how strong this updated AlphaGo would be if it is given two hours," he said. "I could remain the last person to beat AlphaGo without imposing any handicap on it." 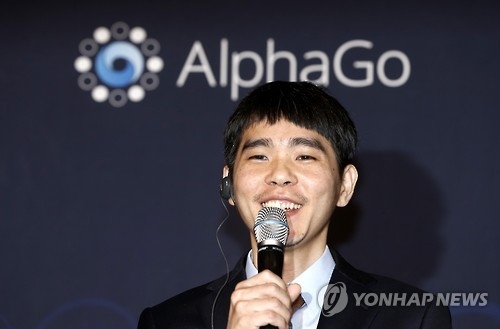 Lee, however, said he doesn't think the progression of AlphaGo threatens human play in Go.

"It's like humans can never beat cars in racing competitions," he said. "There is no other game than Go that has a greater possible number of board configurations. We have seen the advanced AI perform in this area what I think could be useful in other areas."

Lee was the top prize money leader in 2016 after collecting more than 810 million won. However, the Go master, who is now staying at his residence on Jeju Island, said he wasn't satisfied with his performance last year. Lee said he is even considering retirement this year if he doesn't feel satisfied with his game.