SEOUL, Jan. 10 (Yonhap) -- Hyundai Motor Co. said Tuesday it has introduced the Ioniq hybrid and electric vehicles at the North American International Auto Show in Detroit just weeks ahead of their release in North America. 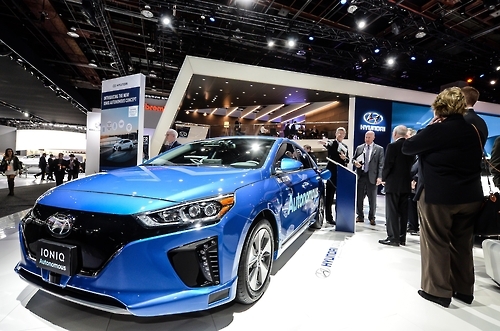 Powered by a smart cruise control system combined with light detection and ranging (LIDAR) and a lane keeping assist system to enable highly automated driving that requires no human control, the Ioniq is Hyundai's first dedicated electric vehicle that has a maximum driving range of 191 kilometers on a single charge.

Also displayed were the Genesis G80, the G80 Sport and the G90 luxury sedans.

The G80 Sport is the latest of three vehicles introduced so far under the luxury, standalone brand of Hyundai Motor that was launched in 2015.

The Genesis G80 began North American sales in August last year, followed by the launch of the G90 luxury sedan late last year. The G80 Sport is expected to hit the U.S. market early next year.

The G90 has been named one of three finalists for the 2017 North American Car & Truck of the Year Award. 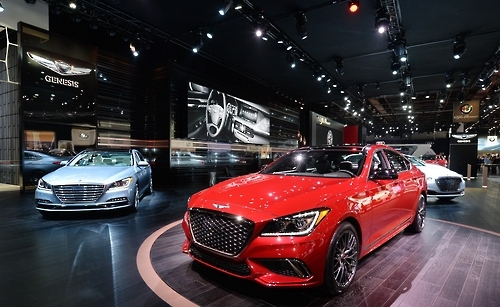