South Korea, known for its ICT prowess, has accelerated its drive for capitalizing on the new platform.

A government-civilian consortium on blockchain was created last month. It involves 16 local banks and 25 brokerage firms.

"It plans to embark on a pilot project in earnest this year," Jeong Eun-bo, vice chairman of the Financial Services Commission (FSC), said, presiding over a meeting on fintech. 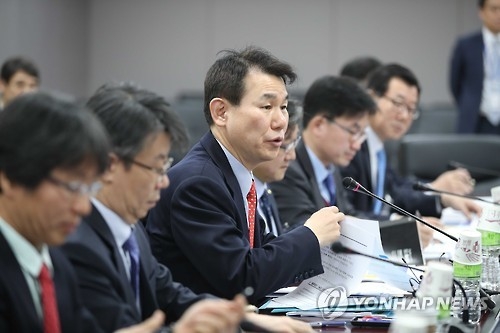 The banking industry plans to study ways that customers can use blockchain technology in changing banks designated for foreign exchange transactions without documents and complicated procedures.

Within financial investment circles, he added, investors will be able to do away with time-consuming login and authentication procedures in accessing the mobile trading systems of securities companies.

The Korea Exchange, the country's sole equity marketplace, also has been seeking to apply blockchain technology to OTC stock trading.

Jeong pointed out that the "blockchain revolution" is said to be the equivalent of the "Internet revolution" in the 1990s.

"Blockchain technology has great potential to be used in finance and various other fields," he said. "Since South Korea has the world's top-level ICT technology, it will be able to lead the international trend in the blockchain sector if the government, related industries and experts pool their wisdom." 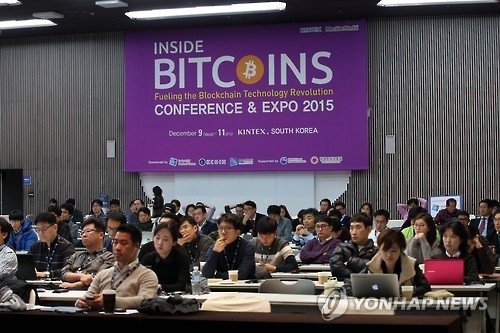 Local experts called for deregulation to help South Korea compete with other countries in the sector.

"A government-level master plan is necessary, as blockchain technology can bring about innovation in various aspects, including not just finance but also politics, administration and health care," In Ho, a Korea University professor, said during the session. "(The government) should remove regulations in a bold way, looking toward the future."

Lee Kun-hee, a professor at Sogang University, noted that global competition has already started to take the initiative on the blockchain system.

"As the world's top ICT power, South Korea is in the best condition to spearhead the fourth industrial revolution including blockchain," he stressed, adding deregulation is needed to enable innovative firms to engage actively in relevant businesses.