According to the Ministry of Oceans and Fisheries, the latest report released by the Food and Agriculture Organization of the United Nations showed that 2.2 million tons of fish were produced through capture and aquaculture in South Korea, as well as 1.1 million tons of aquatic plants.

It ranked 14th in terms of total marine production among 194 countries surveyed, while China topped the list with 76.15 million tons and Indonesia came in next with 20.84 million tons.

In 2014, the world's total fishery output reached 195.72 million tons, with production in the Asian region accounting for 56 percent, the ministry added. 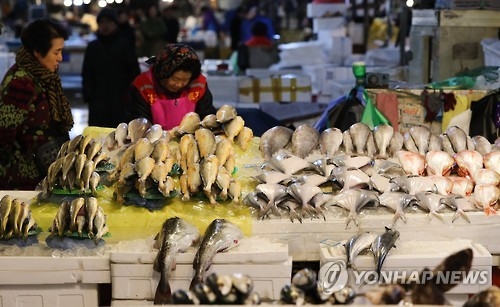