"Chinese military planes used to enter KADIZ mainly near Ieodo. It was rare to see Chinese planes intruding on KADIZ in the past," a JCS official said in a press briefing.

The defense ministry is analyzing the real intention of Chinese military aircraft flights, though the Chinese authorities have replied that its planes were conducting military drills, he said.

The planes included bombers and an early warning aircraft, according to the JCS.

On Monday, the Chinese military planes flew into KADIZ for several hours from 10 a.m. to 3 p.m., prompting South Korea to launch 10 fighters made up of F-15Ks and KF-16s.

In 2013, South Korea expanded its own KADIZ to cover Ieodo after China included it in its own air defense identification zone that is designed to give a country more time to check unauthorized planes that may pose security problems. 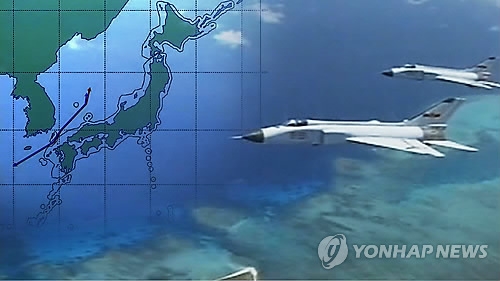