The won fell 1.8 percent against the dollar on average last month compared to a month earlier.

In local currency terms, export prices jumped 6.3 percent last month from a year earlier, according to preliminary data from the Bank of Korea.

Export prices of industrial goods gained 6.3 percent year-on-year in December while those of agricultural and fisheries products climbed 12.6 percent during the same period.

The monthly average price of the benchmark Dubai crude was at $52.08 a barrel in December, up from $43.90 from a month earlier. 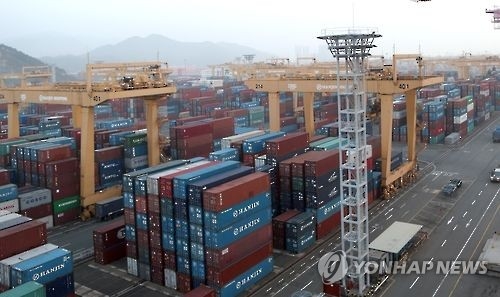