The two sides concurred that the manufacturing industry, small and medium-size enterprises, information and communications technology (ICT), and vocational education were potential fields for increased collaboration, according to the Ministry of Foreign Affairs.

The officials also agreed to tighten collaboration in manufacturing sectors such as automobile technology and ICT, the ministry said. Automobile and automobile components account for the majority of the two countries' trade.

"Both sides voiced concerns over the growing protectionism around the world and agreed to work closely together to maintain and develop the free trade regime through the G20 framework as well as other international organizations," the ministry added.

The joint economic committee was launched in Seoul in 1965 as a body to consult bilateral economic issues. 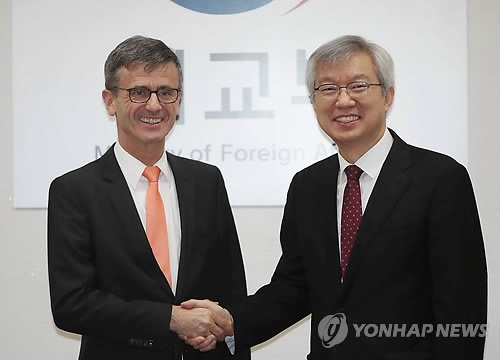