Despite recording 19 saves with a 1.92 ERA as a major league rookie last year, Oh was initially kept off the 28-man roster announced in November because of off-field trouble. A South Korean court fined him in January 2016 on illegal overseas gambling charges, and manager Kim In-sik faced huge backlash when he first hinted he would look past Oh's gambling history to pick him.

Calls for Oh's inclusion had gained traction recently, however, with the already thin pitching staff getting decimated by one injury after another.

Kim withheld a decision on Oh last week, saying he would have to speak with his coaches to determine if the team needs a new starter or reliever. That decision came Wednesday after the preliminary meeting of players and coaches in Seoul.

"Oh Seung-hwan is a player we absolutely need," Kim said. "So we decided to put him on the national team. We understand Oh has faced criticism but he's very determined to play hard for the country at the WBC."

Reports out of St. Louis said last week the Cardinals were "prepared" for Oh's inclusion on the South Korean team. Kim said Oh told him that if he's selected, he will try to convince the Cardinals to let him pitch. 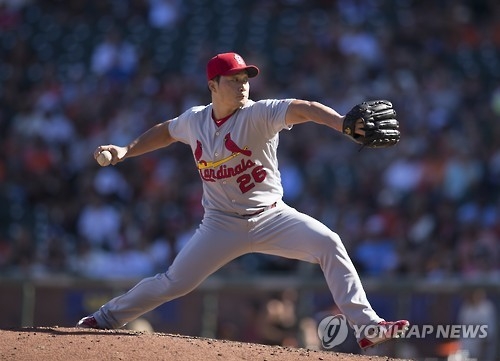 South Korea will host the first round at Gocheok Sky Dome in Seoul, facing Israel, the Netherlands and Chinese Taipei, starting March 6.

With the deadline to finalize the team falling on Feb. 6, manager Kim has already made a few roster tweaks owing to injuries and off-field incidents.

Of the two other majors leaguers on the 28-man roster, Kim Hyun-soo of the Baltimore Orioles took himself off the team Wednesday, while Choo Shin-soo of the Texas Rangers remains a question mark.

Kim, entering his second big league season, told the manager a few hours after the team meeting that he wouldn't be available for the WBC. Kim was a part-time player as a rookie last year and will have to compete for playing time in spring training.

Manager Kim said the Rangers have hinted that they'd rather not have Choo compete at the WBC.

"I think they're worried because Choo is an expensive player who suffered a lot of injuries last year," said Kim of the 34-year-old who missed 114 games in 2016. Choo will be entering the fourth year of his seven-year, US$130 million contract.

An official with the KBO further clarified that the Rangers haven't made a decision on Choo one way or the other, and they sent an e-mail to the KBO that they will follow the decision reached in a meeting between Major League Baseball (MLB) and its players' association. The official added the MLB will notify the KBO of the meeting's result after Jan. 20.

The manager hasn't chosen a replacement for Kim Hyun-soo, and is expected to do so after the situation with Choo is settled. 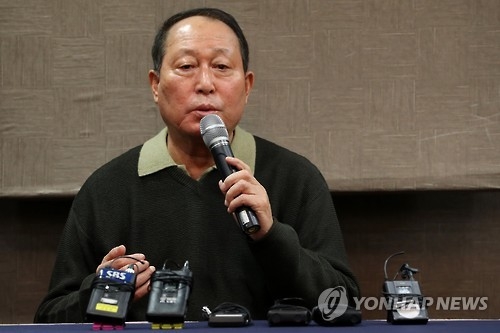