According to data compiled by industry tracker FnGuide, the median market consensus for Hanmi Pharm's revenue is 970 billion won (US$808 million) in 2016.

Many local securities firms have been lowering their sales estimate below 1 trillion won for the drug manufacturer.

In December 2016, Hanmi announced that it will return 250 billion won, half of the contract fees, to Sanofi.

Hanmi logged a record-high 1.3 trillion won in sales in 2015. The revenue of two other major firms -- Green Cross Corp. and Yuhan Corp. -- also hovered above 1 trillion won in 2015. 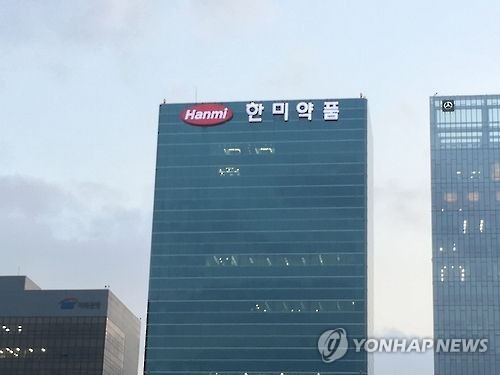 Hanmi Pharm likely to have suffered setback in 2016 earnings

Hanmi Pharm likely to have suffered setback in 2016 earnings