The country's exports totaled US$11.64 billion during the cited period, up from $8.46 billion tallied over the same period last year, according to the Korea Customs Service (KCS).

Outbound shipments of semiconductors surged 40.3 percent on-year and those of petroleum products skyrocketed 121.4 percent over the cited period, while exports of wireless devices fell 25.8 percent.

The data showed that imports also vaulted 38.6 percent on-year to $12.3 billion over the 10-day period, resulting in a trade deficit of $669 million, said the KCS data.

Asia's fourth-largest economy saw its exports gain 2.5 percent in November and 6.4 percent in December to mark the first two-month winning streak since September and October in 2014. 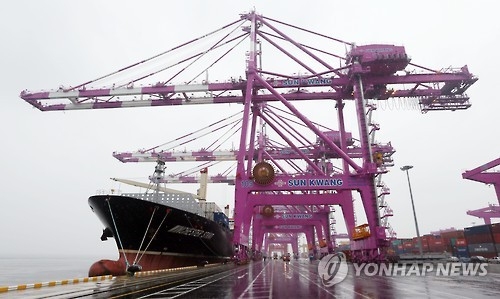