SEOUL, Jan. 11 (Yonhap) -- Sales by South Korea's auto parts manufacturers are on a decline amid a dip in sales by automakers, a report suggested Wednesday.

According to the report from the Korea Institute for Industrial Economics and Trade (KIET), the overall sales of the country's auto parts makers slipped 3.7 percent on-year to some 73.8 trillion won (US$62.37 billion) in 2015. 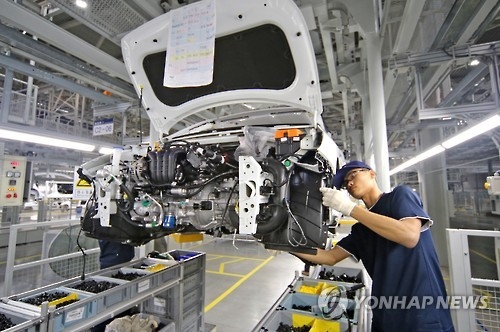 Also in 2015, 14.3 percent or 65 out of the 454 firms that are subject to an external audit due to their sales volume posted negative operating profits, the report said.

Such a drop in sales may have been repeated in 2016 when the combined global sales of five carmakers here shrank 1.3 percent on-year.

Inevitably, a drop in sales is creating more serious problems for small and medium-sized firms than larger ones, the report noted.

For instance, combined sales of auto parts makers affiliated with the country's two largest automakers -- Hyundai Motor Co. and Kia Motors Corp. -- have more than doubled from 17.9 trillion won in 2009 to over 36 trillion won in 2015.

Hyundai Mobis Co., an affiliate of Hyundai and Kia and the largest auto parts maker here, also posted an operating profit rate of 10.06 percent in 2015, far ahead of the 3.72 percent for the entire industry. 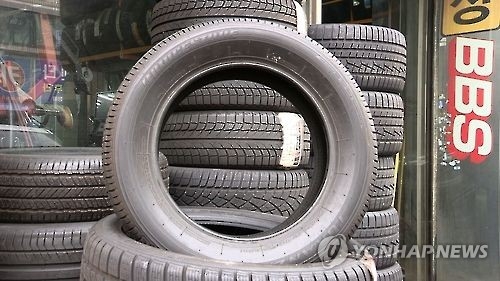 Smaller firms, on the other hand, are already being forced to restructure.

In 2015, more than half or 16 out of 29 local auto parts makers with less than 100 billion won in annual sales reduced their total workforce from a year earlier, according to the report.