AALBORG, Denmark, Jan. 10 (Yonhap) -- The 19-month-old grandson of Choi Soon-sil, the woman at the center of South Korea's political scandal, has been taken to a safe house while his mother remains locked up in Denmark on suspicion of illegal stay, a source close to the matter said Tuesday.

Chung Yoo-ra, the child's mother, was arrested in the northern Danish city of Aalborg on Jan. 1 amid a political scandal surrounding her mother who allegedly abused her ties to President Park Geun-hye for her own gain. Choi, a longtime confidante of the president, is accused of meddling in state affairs, extorting money from conglomerates and securing unlawful college admission for her daughter.

On Tuesday, Yonhap News Agency visited a house on the outskirts of Aalborg where the 21-year-old Chung is known to have stayed with her son, nanny and two men claiming to be her assistants. 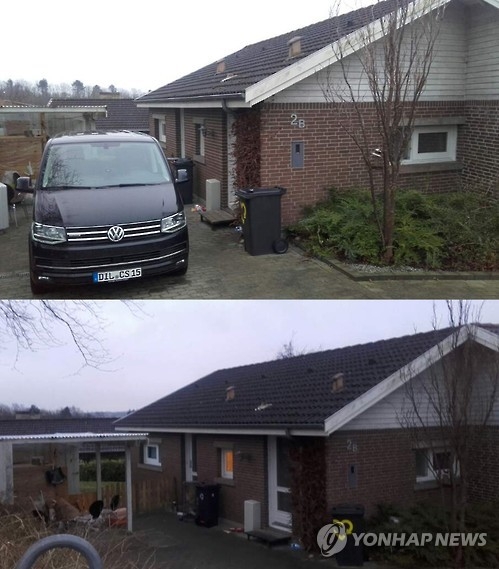 The house appeared empty, while dogs, cats and a Volkswagen van seen outside the property until the previous day were nowhere to be found.

"It appears that the people who stayed with Chung complained to the local police about the invasion of their privacy caused by South Korean reporters visiting the area," said the source who spoke on the condition of anonymity. "I understand that the social services department took them to an undisclosed location."

The group was probably taken to a shelter belonging to the social services department, the source added.

One nearby resident told Yonhap he saw a large car arrive at the house around 7:30 a.m. and take away the cats and dogs. The Volkswagen van left at the same time, but the child and nanny left later in the afternoon.

Sources have said that Chung has no plans to return to South Korea to face questioning over her mother's suspected illegal activities. Danish prosecutors have been reviewing whether to repatriate Chung at the request of South Korean authorities. She could disobey any order to return home by taking the issue to court. 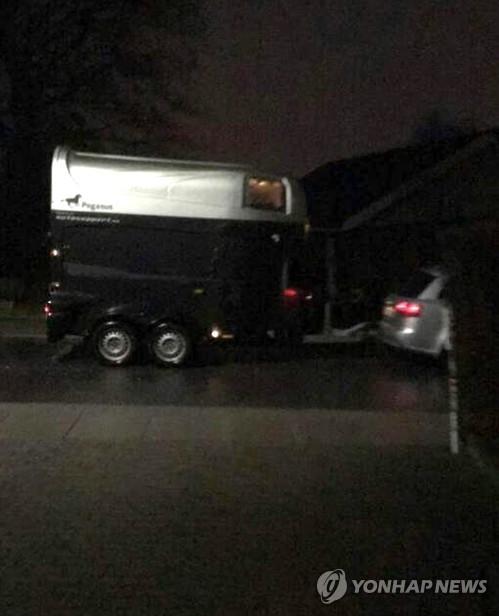 Grandson of woman in corruption scandal taken into hiding: source

Grandson of woman in corruption scandal taken into hiding: source