The National Pension Service (NPS), the country's leading institutional investor, held stakes of 5 percent or more in a total of 285 listed firms here at the end of last year. Of the tallied firms, the NPS increased its stakes in 96 firms, 10 of which were petrochemical stocks such as Kumho Petrochemical Co., according to FnGuide.

The NPS is believed to have jacked up its exposure to those firms on expectations that a rise in oil prices would boost their earnings.

Foods and banks were among stocks favored by the NPS. The pension fund increased its stakes in nine food firms like Shinsegae Food Inc., and also jacked up its buying into banks such as Woori Bank, the tracker said.

In contrast, the NPS sharply trimmed its exposure to pharmaceutical and bio stocks amid concerns over their overblown earnings forecast.

The NPS cut stakes in Hanmi Pharmaceutical and six others. In particular, the NPS sold off its entire stake in LG Life & Science which was merged with LG Chem Ltd. 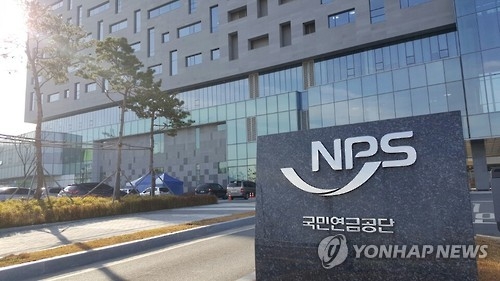