SEOUL, Jan. 11 (Yonhap) -- South Korea's nuclear safety commission will conduct a detailed geological survey in the country's southeastern region that was hit by a recent series of earthquakes, amid concerns over the safety of nuclear power plants there, the commission said Wednesday.

The geological survey, also one of the commission's annual objectives, will be carried out over the next five years, the Nuclear Safety and Security Commission (NSSC) said in a report.

The survey largely seeks to identify the exact cause of the 5.8-magnitude quake that hit the southeastern city of Gyeongju in September. The city has also suffered more than 560 aftershocks since. 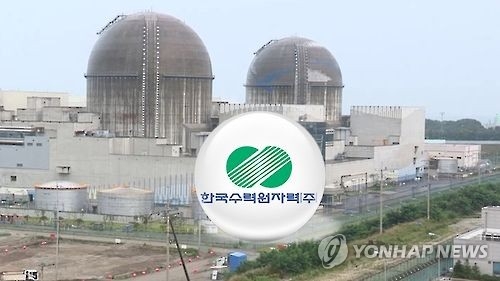 Such frequent quakes in Gyeongju and its surrounding region prompted serious concerns over the safety of 12 nuclear reactors at two power plants located in nearby Kori and Wolseong.

South Korea operated 24 nuclear reactors as of end-2016 with 18 of them located along the east coast.

The commission said additionally it will work to improve its emergency manual to enable a swifter and more thorough government reaction in case of an incident, and it will also review and further improve its measures aimed at protecting local residents.

Meanwhile, the commission said it will come up with a complete guide for the scheduled dismantlement of the Kori No. 1 reactor at Kori Nuclear Power Plant.

The reactor, built in 1977, is scheduled to be shut down in June, becoming the first nuclear reactor here to be permanently shut down and dismantled.
(END)