SEOUL, Jan. 11 (Yonhap) -- North Korea on Wednesday claimed boastfully again its capabilities to develop intercontinental ballistic missiles (ICBMs), while warning that even America is not in a safe position.

"Marvelous developments to strengthen (the North's) defense power will be unfolded in a multi-phased and successive manner, the Rodong Sinmun, a daily of the North's ruling Workers' Party, said in an editorial titled "We'll (the North) Keep Building up Self-defense Power and Pre-emptive Strike Capabilities."

The paper also insisted that North holds abilities to realize the miniaturization, weight lightening and multi-variety production of nuclear weapons and vehicles to fire them at any time to a place to be determined by its leader Kim Jong-un.

"The United States is never in a position of ease, even if it is more than 10,000 kilometers away from the North," the paper said, adding that it's not the distant future when the North's ICBMs will chill the U.S' heart.

The threat follows North Korean leader Kim Jong-un's New Year's Day address in which he claimed his country has reached the final stage of preparations to test-fire an ICBM and a Foreign Ministry spokesman's claim on Sunday that the North has already developed standardized nuclear warheads.

"Our Republic is a nuclear power and a military power in East Asia irrespective of anybody's recognition of it," the daily said.

The North will handle all the problems while placing top priority on its people's interest and security down that road now that its strategic position is in its peak, the paper said. 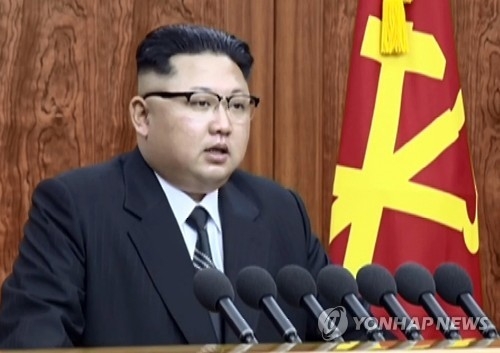