South Korea's biggest cosmetics maker said the Etude House, a color makeup brand launched in 1996, will be set up in Dubai, the first of its kind in the Middle East. AmorePacific is expecting to open more in Kuwait, Saudi Arabia, Qatar, Oman and other Middle Eastern countries in the near future in cooperation with Alshaya Group, a major retail franchise operator in the Middle East.

"We are planning to introduce AmorePacific's innovative beauty culture to customers in the Middle East who have a keen interest in the Asian beauty industry," Suh Kyung-bae, chairman of AmorePacific Co., said, as the company seeks to go beyond China and other Asian countries where AmorePacific products and other South Korean cosmetics have been enjoying enormous popularity in recent years.

The cosmetics market in the Middle East was worth US$18 billion in 2015, and is expected to grow 15 percent annually to $36 billion in 2020, according to industry data. 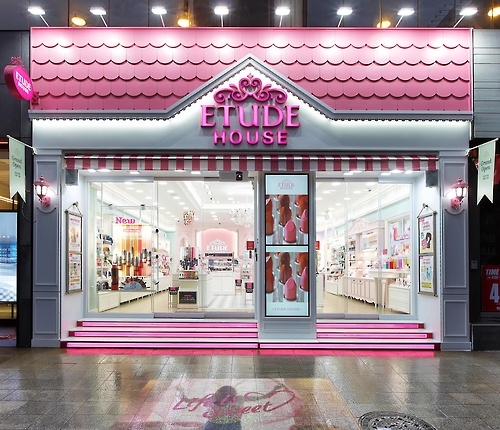 AmorePacific to open 1st store in Middle East this year

AmorePacific to open 1st store in Middle East this year