SEOUL, Jan. 11 (Yonhap) -- Two lawmakers of a minor opposition party were acquitted Wednesday of receiving illicit political funds in a high-profile scandal that had led to the resignation of its leaders.

The Seoul Western District Court found Reps. Park Sun-sook and Kim Su-min of the People's Party not guilty of the suspicions, citing a lack of evidence.

The two were indicted in August on charges of receiving some 216 million won (US$197,000) of rebates from two local firms that were in charge of the party's public relations in the runup to the April parliamentary elections.

Five others who were indicted over their alleged involvement in the scandal were all freed of charges.

"I appreciate the judiciary for making a wise decision, and (an acquittal) was an obvious outcome on my part," Kim told reporters after the ruling was delivered. Park also thanked the court.

Prosecutors said they will appeal the ruling.

The scandal had dealt a serious blow to the party that broke away from the main opposition party, pledging to become an alternative to the establishment parties that critics say have been mired in factionalism and partisan bickering.

The then leaders of the party, Reps. Ahn Cheol-soo and Chun Jung-bae, stepped down in June, saying they would take "political" responsibility for the scandal. 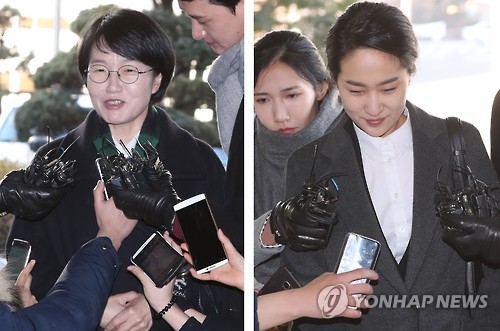