Lee faced AlphaGo in a five-round Go tournament named the Google DeepMind Challenge Match in March 2016. Although the 33-year-old lost the tournament with a final score of 4-1, he still earned global fame with a single victory against the self-learning machine.

Lee was also selected as the most popular professional Go player in South Korea with 45.7 percent of support, the highest rating for a Go player since Gallup Korea started its survey in 1992. Previously, Lee Chang-ho had the highest supporting rate at 22.3 percent in the 2008 survey.

The poll showed 33.4 percent of the survey participants answered Lee Se-dol's contest against AlphaGo made them take interest in Go, while 52.8 percent said they had positive thoughts on Go after watching the historic man-versus-computer showdown.

Go, which originated in China more than 2,500 years ago, involves two players alternately putting black and white stones on a checkerboard-like grid of 19 lines by 19 lines. The object is to claim larger territories than one's opponent by surrounding vacant areas of the board using one's own stones. 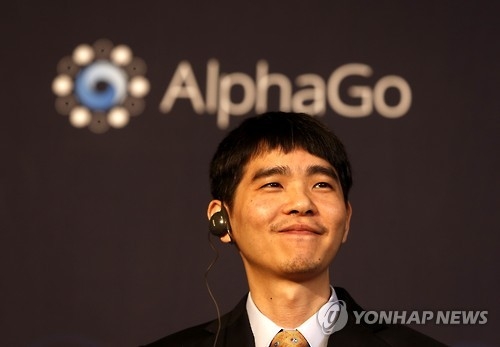