SEOUL, Jan. 11 (Yonhap) -- The South Korean food industry is feeling the pinch of the row between South Korea and China over Seoul's decision to deploy a U.S. missile defense system on its soil despite Beijing's objections, industry sources said Wednesday.

China is believed to be taking economic retaliation against Seoul's decision in July to deploy the Terminal High Altitude Area Defense (THAAD) system on South Korean soil early this year, although South Korea says the missile system will not target China, but threats from North Korea.

South Korea's exports of milk and milk powder to China have dropped sharply since September when Seoul announced plans to deploy the THAAD missile defense system this year, an industry source said.

"Local retailers are lukewarm on the sales of South Korean products, although we don't see any direct regulations (banning the sales) in connection with the THAAD deployment," the source said. China has imposed stricter regulations on the sale of milk and milk products while limiting the number of milk brands that can be sold in China since October.

Orion Corp., producer of chocolate-coated snack cake Choco Pies, has not yet been affected "in a direct manner," a company official said. "However, we are keeping a close eye on the current situation."

Orion emerged as the second biggest confectionery maker in China last year with the sale of more than 200 billion won (US$ 167.6 million) worth of Choco Pies, nearly half of the 480 billion won in Choco Pies sales across the world.

Chinese authorities have in recent weeks banned imports of many South Korean cosmetics products while rejecting South Korean airlines' requests to fly chartered flights to China ahead of the Chinese New Year holiday which falls later this month. 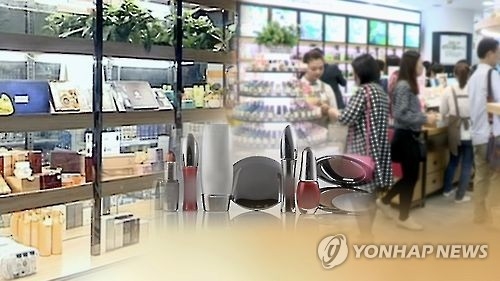 The trade ministry said it will complain about the Chinese measures at a trade meeting slated for Friday on the Korea-China free trade agreement (FTA) which took effect in December 2015.

"We are checking fact from the cosmetics businesses," said a high-ranking official at the Ministry of Trade, Industry and Energy. "If there is a problem, we will bring the issue to the negotiation table on Friday."