SEOUL, Jan. 11 (Yonhap) -- Nearly a quarter of single women do not want to have children after marriage due to the difficulty of working and raising children simultaneously, a survey showed Wednesday.

About 22.5 percent of the women surveyed by local matchmaking firm Duo said they do not want any children after marriage while the comparable figure for men was 13.1 percent. Duo surveyed 1,000 single men and women.

On average, 17.8 percent said they would not have children after marriage, up from 14.4 percent from a year earlier.

About 27.5 percent of those who do not want children cited the difficulty in managing a household and workplace at the same time, while 26.7 percent cited the economic burden for raising children.

The survey also showed that 62.6 percent wanted to give birth within two years of marriage.

"The government needs to provide support to newlyweds to balance their lives at the workplace and home, and address the issue of women being forced to stop work after marriage," Park Soo-kyong, head of Duo, said.

South Korea's fertility rate, or the average number of babies a woman is projected to have during her lifetime, has hovered around 1.2 since it dropped to a record low of 1.08 in 2005.

It reached 1.24 in 2015, the second-lowest fertility rate among members of the Organization for Economic Cooperation and Development (OECD), after Portugal with 1.23. The average birthrate of OECD countries was 1.68 as of 2014. 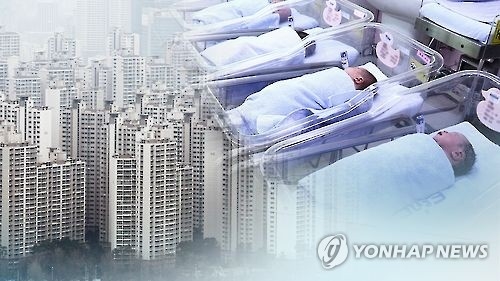 22 pct of single women reluctant to have children after marriage: survey

22 pct of single women reluctant to have children after marriage: survey