SEJONG, Jan. 11 (Yonhap) -- South Korea will inject a fresh 15 billion won (US$12.5 million) worth of greenhouse gas emissions rights in the trading market this year as part of its efforts to encourage businesses to join the carbon trading system, the finance ministry here said Wednesday.

The amount is valued at 15 billion won in total based on the average trading price of 18,500 won per ton last year.

Under the country's greenhouse gas emissions trading system (ETS) launched in January 2015, some 600 local companies are given their own Korean allowance units (KAUs) to buy extra emissions rights when they surpass their own quota. Some 543 million tons of KAUs were allocated to the companies in 2015.

In order to facilitate the ETS market, the government allows other businesses that are not subject to the cap-and-trade scheme to sell their extra emissions rights on the exchange if they win approval.

The over-the-counter emissions reductions are dubbed Korean offset credits (KOC), which are eligible to be traded on the ETS market. 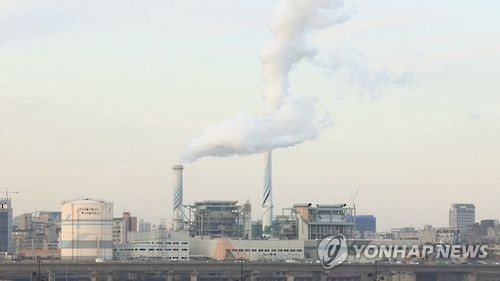