Interpark, a major online bookseller in South Korea, said Dawkins will hold a special lecture on Jan. 21 at the Blue Square theater in Hannam-dong, Seoul.

Dawkins first came to prominence with his 1976 book "The Selfish Gene," popularizing his theory that a gene is the principal unit of selection in evolution.

Other famous works include "The God Delusion" and "The Greatest Show On Earth." Dawkins remains a high-profile voice in popular discourses relating to evolution and religion.

In the hour-long lecture, Dawkins will talk about the next phase of evolution, followed by a question and answer session with attendees. 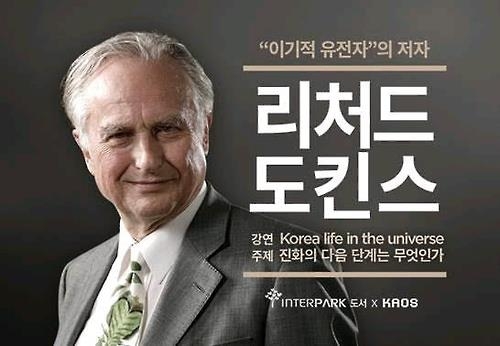