Suwon said they've signed the 33-year-old custodian to a two-year contract. The four-time domestic league champions added they will pay an undisclosed amount as a transfer fee and loan out their goalkeeper No Dong-geon to Pohang for signing Shin.

In his 13 seasons with Pohang, Shin allowed 309 goals in 287 K League matches. The goalkeeper, however, has yet to play for the South Korean national team.

Suwon said Shin will join their offseason training in Malaga, Spain, on Friday after completing his medical.

Suwon finished seventh in the 2016 K League Classic season, but earned a berth at this year's AFC Champions League by winning the FA Cup. The two-time continental champions are in Group G with Guangzhou Evergrande of China, Kawasaki Frontale of Japan and Eastern SC of Hong Kong. 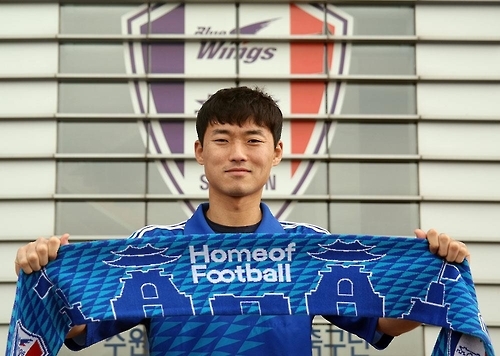