WASHINGTON, Jan. 11 (Yonhap) -- The United States imposed sanctions on the sister of North Korean leader Kim Jong-un on Wednesday for her links to human rights violations in the communist nation. 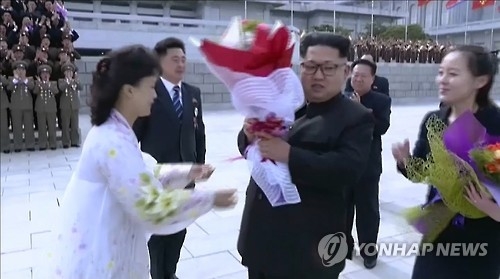 North Korea has long been labeled as one of the worst human rights violators. The communist regime does not tolerate dissent, holds hundreds of thousands of people in political prison camps and keeps tight control over outside information.

But Pyongyang has bristled at such criticism, calling it a U.S.-led attempt to topple its regime.

In April, the State Department said in its annual human rights report that the North continues to control political activity and ban or limit political opposition, while maintaining a network of political prison camps.