"I deeply apologize to the people for failing to show a positive image because of this incident," he said upon arrival. 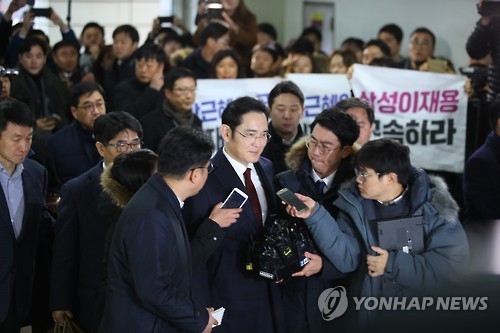 South Korean conglomerate chiefs that donated to the foundations said, for the most part, they thought the money given was for a good cause to promote South Korean culture abroad and the sports sector, and there was no thought of getting anything in return. They also said they were not in a position to shrug off the wishes of the president when she asked for help on the matter, hinting they were worried that rejecting the request could lead to repercussions.

The independent counsel on Wednesday requested the parliamentary panel, which questioned the figures during the hearing, to file a formal complaint against Lee for perjury.