Saenuri has been suffering from an internal feud amid the impeachment of the president, with its new interim head In Myung-jin seeking the ouster of key Park supporters to normalize the party and regain public support.

In has been urging key members, including eight-term Rep. Suh Chung-won, to leave the party voluntarily.

The loyalists, however, have been resisting the purge, with Suh suing the interim head earlier this week, claiming he violated the law on political parties by coercing members to leave.

The ethics committee is expected to enforce the ouster of the loyalists.

On Monday, Saenuri named Rep. Chung Woo-taik, the floor leader, and three others to the emergency committee headed by In. Previous meetings to name the members failed to convene due to a lack of minimum participants amid a boycott from loyalists.

Political pundits said the latest development will give further help to In to remove Suh from the party. 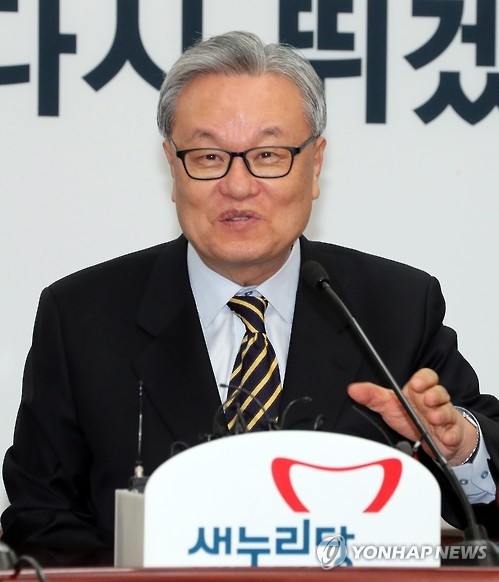