The world football governing body's ruling council on Tuesday unanimously approved the expansion of the sport's showpiece tournament. Starting with the 2026 edition, the World Cup will expand to 48 teams from its current 32.

Although there are concerns that the quality of the quadrennial competition may suffer, South Korean football legends said they see merits of an expanded World Cup.

"This changed format can actually serve as an opportunity for us," said K League Deputy Commissioner Huh Jung-moo, who represented South Korea at the 1986 FIFA World Cup. "We may not see a fierce competition, but since the tournament will have a knockout stage with 32 teams, we can probably see many unexpected results."

At the newly expanded World Cup, FIFA said there will be 16 groups of three teams, with the top two finishers in each group advancing to the 32-team knockout stage.

Huh, who also coached South Korea to the last 16 at the 2010 World Cup, claimed if underdog football nations start beating the sport's powerhouses, it will draw more attention from fans. 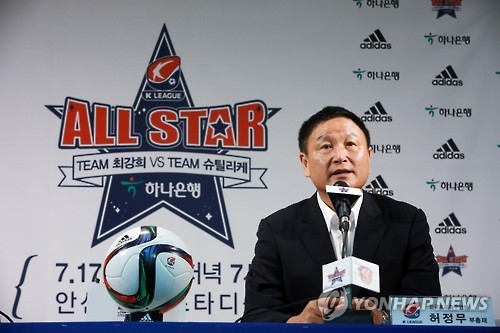 Kim Joo-sung, three-time Asian Footballer of the Year, said FIFA has not only secured its opportunity to increase marketing revenue but also has set up a platform to expand the football market by embracing less-pedigreed football nations.

"The World Cup's prestige value may diminish, but I believe there will be more football fans since FIFA has opened the doors to weak football nations," he said.

FIFA has yet to determine the number of extra slots for each continent's confederations, but experts speculate Asia could be given seven to nine berths.

Currently, the top four Asian teams go directly to the World Cup, while the fifth-placed side has to play an inter-continental playoff to secure an extra berth.

"Just like the AFC does it with the AFC Champions League, it could divide the groups on regional basis," he said. "By separating East Asia and West Asia, teams can save on travel costs and players will have less fatigue." 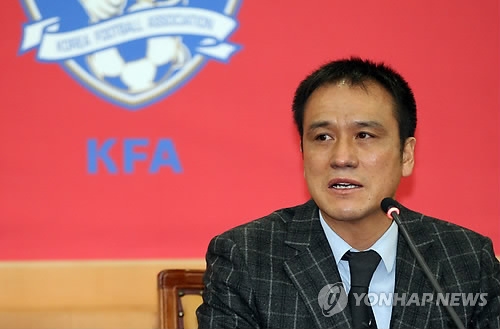 South Korea, one of the football powerhouses in Asia, has not missed a World Cup since 1986. The Taeguk Warriors are expected to feature regularly at the World Cup following the expansion, but Yoo Sang-chul, a member of the semifinalist South Korean team at the 2002 FIFA World Cup, said South Korea should now start preparing for the changed format.

"With more teams and more matches to play, we'll be able to see more unexpected sides of the game," said Yoo, now head coach at the University of Ulsan.

"It's positive that the countries that are bidding for World Cup appearances will work harder and thus make progression in football development," Yoo added. "However, South Korea needs to prepare thoroughly to keep up with the trends in world football for the next 10 years."